Is the Midwest the next tech hub? 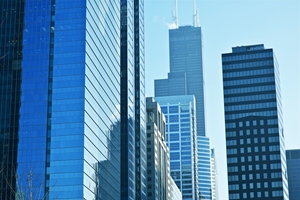 The Midwest is not known for being a tech hub. Not yet, anyway. While retail, finance, automotive and farming have deep roots in the Midwestern region, technology jobs are often associated with certain areas like Silicon Valley, New York City, Boston, Seattle and Austin. But companies are starting to look toward the Heartland, according to TechRepublic.

“It’s true that none of the leading eight tech hubs are in the Midwest, and higher-paying tech jobs are increasingly clustered in those tech hubs,” Indeed Hiring Lab Chief Economist Jed Kolko told the source. “Still, some Midwest markets — like Ann Arbor, Chicago, and Milwaukee — offer some of the cutting-edge jobs that you find in Silicon Valley. Others, like Dayton and Kansas City, are seeing more tech job openings.”

Unlike the more well-known tech hubs around the U.S., the Midwest offers something unique: A lower cost of living. Kolko wrote on Indeed’s Occupation Spotlight blog that it should not come as a surprise that the most tech-heavy cities in America are also some of the most expensive places to live. However, many companies are looking to expand their workforce outside of the more economically stratified cities. CompTIA found that the highest rate of technology employment growth took place in San Antonio, Kansas City, MO., Memphis, and Detroit, according to its 2017 Cyberstates report. Its 2016 study showed that Utah, North Carolina, Michigan, Washington and Montana were states that saw the fastest-growing tech employment rates.

Follow the money
The technology sector grew by about 3 percent in 2016, with almost 7 million tech workers employed across the spectrum of U.S. jobs, according to CompTIA. That makes up an estimated 8 percent of the total U.S. economic activity, which accounts for over $1.3 trillion. On average, CompTIA found that tech workers made about $108,900 in 2016, which is more than double the national wage average.

“Tech sector employment outpaces other notable segments of the economy, including construction, finance and insurance, transportation and warehousing, and arts, entertainment and recreation,”  Senior Vice President of Research and Market Intelligence Tim Herbert said in CompTIA’s tech sector employment report. According to Herbert, 60 percent of job gains in 2016 happened within IT and custom software services.

A tech worker in Cincinnati, St. Louis or Cleveland may take home more money each year than the same job in Silicon Valley could offer. Indeed echoed CompTIA’s findings by average annual salary for all tech jobs listed on its site between August 2016 and July 2017 in the top 25 large-market tech areas, factoring average cost of living, and found that the salaries offered in San Francisco don’t go as far as they seem.

“That $100,000 tech job will get you more bedrooms, avocado toasts, and climbing-gym memberships in central Texas than in coastal California,” Kolko wrote on Indeed’s blog.

While Illinois and Michigan were the only two Midwestern states to crack CompTIA’s top 10 states for tech employment in 2016, the future of the Midwest looks bright given the continued tech sector growth.