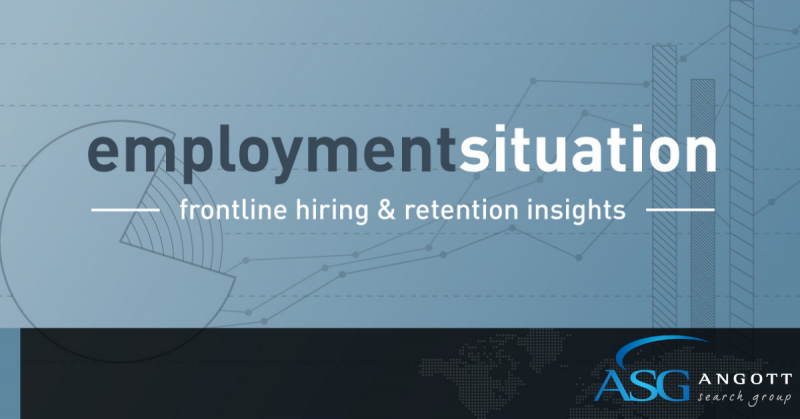 The August Employment Situation showed a nonfarm payroll employment increase of 130,000, which comes off the heels of a higher increase of 164,000 jobs for July. Notably, this missed estimates by economists and media publications that predicted higher job growth for the month.

More specifically, CNBC reported that Wall Street estimates suggested there would be an increase of 150,000 jobs. Along with that, the unemployment rate remained unchanged at 3.7%, which was expected. In fact, according to the BLS report, unemployment has stayed stagnant “for the third month in a row, and the number of unemployed persons was essentially unchanged at 6.0 million.”

The numbers also missed Bloomberg’s estimates. “Economists surveyed by Bloomberg had projected 160,000 new nonfarm jobs with unemployment at 3.7% and annual wage gains at 3%,” according to the news publication.

These estimates of added roles, however, are lower than the average for the year. The BLS report states, “Job growth has averaged 158,000 per month thus far this year, below the average monthly gain of 223,000 in 2018.”

Meanwhile, there are signs that U.S. workers are growing increasingly unhappy. According to the news publication, “An alternative measure of the jobless rate, which includes discouraged and underemployed workers, increased to 7.2% from 7% in July, due mainly to a 397,000 increase in those working part-time for economic reasons.”

Meanwhile, when looking at the industries that saw the highest amount of job growth in August, a large chunk of the job gains was due to temporary hiring for the Census, as pointed out in the BLS data. The Federal Government, for example, hired 25,000 workers for the Census, and added 28,000 workers total for the month.

Beyond this, the healthcare industry showed growth with the industry adding 24,000 jobs over the month and 392,000 over the past 12 months, according to the data. Meanwhile, “employment continued to trend up in ambulatory healthcare services (+12,000) and in hospitals (+9,000).”

Financial services employment rose by 15,000 in August, while professional and business services saw an increase of 37,000 for the month.

According to Bloomberg, the jobs report illustrated how “hiring stumbled in August, which “likely cement[s] expectations for a second straight Federal Reserve interest-rate cut as trade uncertainty and softer global growth weigh on the outlook.”

But MarketWatch suggested that the August numbers always paint a more dismal picture than typically. “The increase in new jobs fell well short of the 170,000 MarketWatch forecast, but August employment figures often miss Wall Street’s initial target because so many vacationing businesspeople turn in the surveys late,” according to the publication.