How to Work with a Younger Manager as an Older Employee 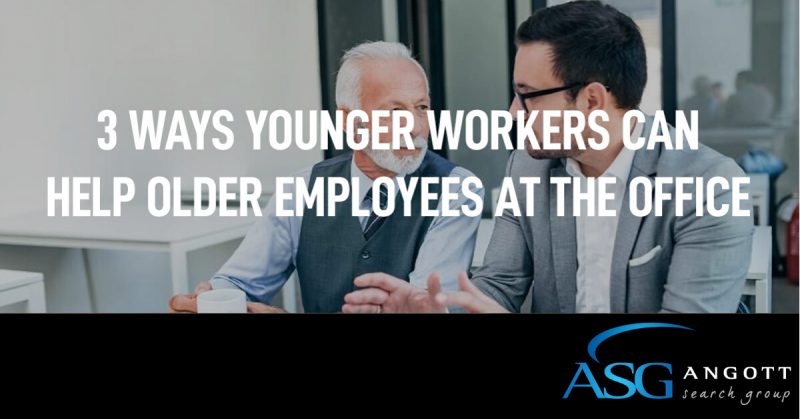 If you’re an older employee with a younger boss, it may be difficult to work through generational differences. After all, there are varying attitudes toward work depending on age and it could be uncomfortable for both parties to work with one another.

As Forbes notes, for example, “Working for a younger boss – while becoming more common in today’s multigenerational workforces – tends to go against certain basic social and psychological norms most of us are used to.” While that’s certainly the case, there are potential benefits as well. For example, when older employees and younger managers work together effectively, there can be opportunity for creative synergies and learning new skills and abilities.

To help, here are tips you can follow if you report to a manager who’s younger than you:

First, it’s crucial that you’re respectful above all. This is important because even though you’re older, you want to express that you are willing to work with your manager and won’t push aside their feedback or recommendations simply because of age. “As the older subordinate, you must always show respect to your boss. They are in the role for a reason. Respect and sincerity always go a long way. Especially, if you may need a letter of recommendation someday,” according to Forbes.

In addition to being respectful, you should consider managing up in your role as the older worker to a younger manager. This can mean offering your “life experience” and advice to your boss, who may willingly accept it, according to Forbes. “The younger boss may often feel awkward too,” as noted by the publication. “But the good emerging leaders that have been put in management roles will willingly accept advice from anyone on the team – the best crave it.

A final piece of advice that may seem counterintuitive… According to Forbes: Don’t skirt around the issue and tackle it head-on if you feel like that would help your working relationship with a younger boss. “If you feel there is an elephant in the room and some tension based on the age gap, just get it out there. Make a joke out of it,” as noted by the publication. “Be confident in the fact that you have been hired to bring value to the team – regardless of your age – so get over it and give it everything you’ve got.”

This is powerful advice because it will instantly ensure that the relationship between worker and boss starts on a strong note. By putting both parties at ease from the get-go, you’ll find the age difference isn’t an issue.

In conclusion, an older employee and a younger boss can work together effectively if they take the right steps to ensure the working relationship begins on the right note. By being respectful as an older employee, managing up and tackling the question of age right away, this won’t be a problem, but rather a strength for your team and your career.