Maybe Its Time To Move On? 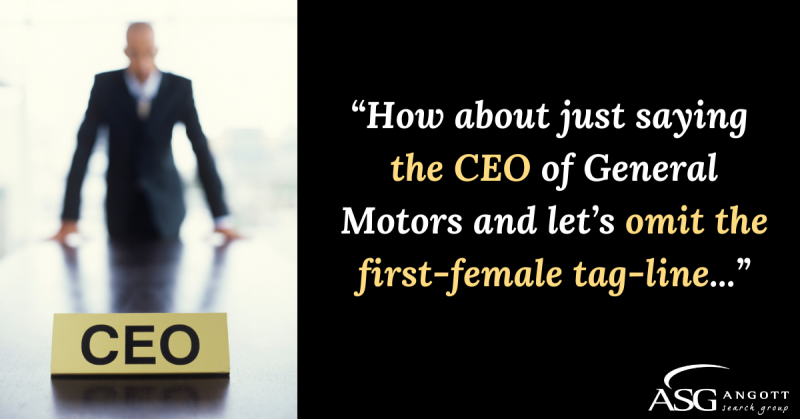 Recently, I was captivated by a television broadcast, live from Arizona featuring the sale of collector quality cars and trucks hosted by the auction team of Barrett-Jackson.

One of the vehicles up for sale was the very first off-the-line 2020 mid-engine Corvette.  Wow, what a machine! The car was donated by General Motors with proceeds of the sale slated for a very worthwhile children’s charity.

It got me to thinking, shouldn’t we be past this type of additional labeling? I mean, Mary Barra has been with General Motors since joining the company following college. An engineer by training with advanced degrees in business, she has had a successful, diversified, decade-spanning track record beginning on the factory floor.  Chairman and CEO Barra has the job because she’s highly capable and has demonstrated exemplary performance. Gender is not a qualification. Period.

Another example: It amazes me when I see an announcement for a meeting of the Society or Association of (add your own demographic) engineers, or mayors, or CPA’s … and the list goes on and on.