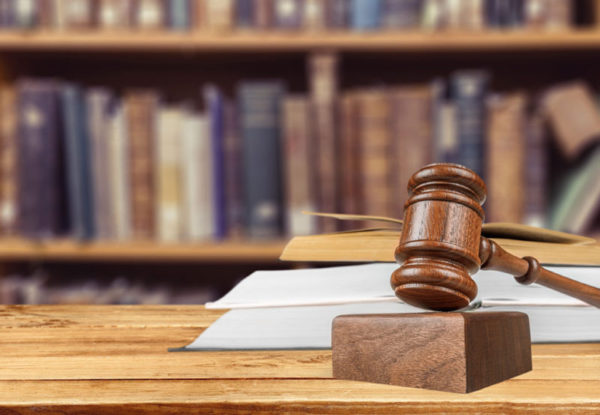 In the legal industry’s whisper network—where allegations of sexual misconduct are quietly spread, but rarely amplified—the whispers often land in the ears of legal recruiters.

Several legal recruiters who spoke with The American Lawyer, an affiliate of The Recorder, said they had heard stories of sexual misconduct at law firms through their work with lateral candidates. How recently and how frequently they had heard the stories varied, as did the nature and severity of the allegations they heard.

A few recruiters said they have worked with young lawyers who said they were leaving a firm, at least in part, to flee ongoing sexual harassment or generally inappropriate behavior by a partner.

Multiple recruiters also said they had encountered a lawyer who didn’t want to be placed at a particular firm or move along with a particular group, because they would have to work closely with a partner there who made them uncomfortable before or who had a reputation for sexual misconduct.

“That type of stuff doesn’t get out on the street without some reasons for it,” said Jack Hopper of Kinney Recruiting.

Impetus for a Move

Sabina Lippman, co-founder of Lippman Jungers, said she remembers coming across a young lawyer who felt the need to change firms in order to make partner, because he knew the associate he was competing against had a sexual relationship with the senior partner in the practice.

Lippman also recalled a partner who had numerous affairs with associates—the behavior had put an end to multiple marriages.

“Some of the reports of this stuff may be the result of just really clumsy dating activity,” said Robert Kinney of Kinney Recruiting. In a recent survey of Am Law 100 firms, only 13 acknowledged having policies and guidelines for relationships between partners, associates and staff.

Kinney said he worked with a candidate years ago who said she needed to make a lateral move because she had a sexual relationship with a partner at her previous firm, and they broke up.

He said he also heard of a female law firm partner who made a lateral move after hitting on a summer associate.

Hopper said he remembers a candidate who felt the need to leave because the head of her practice group regularly made inappropriate gestures.

The recruiters’ accounts are similar to some of the examples listed in a recent editorial by The American Lawyer’s Young Lawyer Editorial Board.

“Some may view comments related to sexuality as workplace gossip or harmless flirting,” the board wrote. “But young lawyers who are vigilant about career advancement and rightly concerned about personal safety, scrutinize and react to this unprofessional behavior through their career choices, which are often detrimental to the victim and the firm.”

Tip of the Iceberg?

Despite what they have heard, recruiters said there is likely much more going on that goes untold.

Dan Scott, of Angott Search Group in Michigan, noted that a lot of behavior that would understandably create discomfort might not be seen as actionable, so it “doesn’t raise to the level where you would hear about it.”

Sexual misconduct is “an issue that’s as prevalent in the legal workforce as it is in the rest of the workforce,” Scott said. “The distinct difference is partners with books of business can somehow get away with things that people in other industries would not be able to.”

Kinney said the allegations come up from time to time, but there may be more instances where candidates are “wise enough not to tell us.”

Candidates often don’t want to talk about why they’re leaving a firm, recruiters said, and if a candidate does disclose to their recruiter that sexual misconduct drove them to make a move, they certainly don’t want their potential new firm to know.

“Lawyers by nature don’t want to say something unless they can back it up with incontrovertible evidence,” said one Pennsylvania recruiter, who asked not to be named.

And since many recruiters are focusing their work on equity partners with large books of business, they may not hear from victims of sexual misconduct directly. Lippman noted that women still make up a small percentage of all law firm equity partners—and firms looking to hire at the partner level will more likely hire someone who is already an equity partner.

Even those who have been in the industry for a while may have trouble moving laterally, said Frank D’Amore, of Attorney Career Catalysts in Philadelphia.

“It’s harder for people in professional services industries, especially in a law firm, to be as mobile,” D’Amore said. “Unless they have portable business, it’s much harder for them to pick up and move.”

Instead, he said, lawyers who can no longer stand some kind of inappropriate behavior often go in-house or to a government position.

“The consequences of this from a career perspective are significant,” D’Amore said.

Even when law firms get enough apparent evidence about a lawyer’s sexual misconduct to take action, they may be in a tough spot. Pillsbury’s dispute with former partner Frode Jensen in 2002 is a cautionary tale. The firm issued a press release after Jensen left, stating that his departure came on the heels of sexual assault allegations that involved Jensen. Jensen then sued the firm for defamation; the suit settled confidentially in 2003.

Recruiters are in a tough spot too when they hear stories about lawyers or law firms, whether presented as idle gossip or something more serious. Multiple recruiters said they simply wouldn’t work with a candidate whom they knew had been accused of sexual misconduct. But the more difficult question is whether to share unproven allegations with law firm clients.

“The last thing I would ever want to find out was there was some story on the street [about a candidate] … then the client made the hire,” Kinney said.